Dubbed the “pearl of Africa” by Winston Churchill in 1908, the small but incredibly diverse nation of Uganda remains a fascinating yet vastly underexplored destination. With ten national parks and even more game reserves across Uganda, an equatorial country, the source of the longest river in the world, the Nile, Africa’s largest fresh water lake, Victoria and many other lakes like Albert, Edward, George and Kyoga, is Uganda seen as one of the most diverse countries in Africa and a biodiversity hotspot of the highest order with over 1.000 species of birds.

The fabled Mountains of the Moon, locally known as Rwenzori Mountains, is the only ice capped mountain range in the entire Africa and on the bucket list of many mountaineers and alpinists from around the globe.The iconic mountain gorilla – now more accessible than ever thanks to a recent gorilla-tracking initiative that allows trekkers to spend more time in the presence of these beautiful creatures.

Where else can you canoe past crocodiles on the Nile, track gorillas in dense jungles, soak in hot springs, scale snowy mountain peaks or visit a traditional Batwa village – all within a single day’s journey? Only in Uganda. 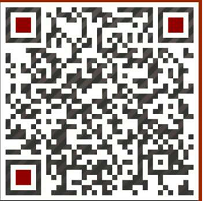